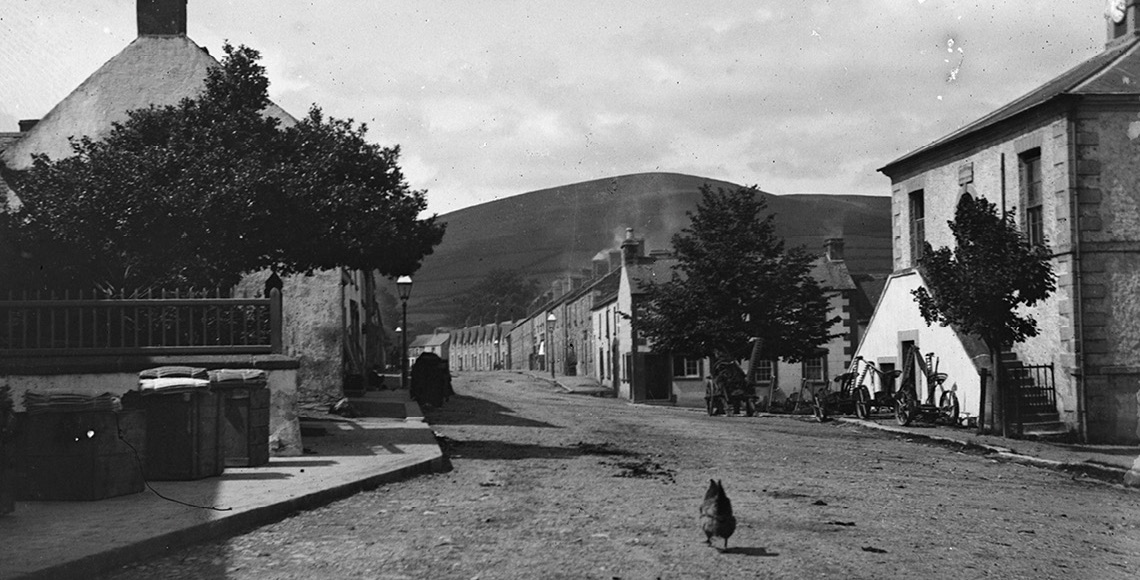 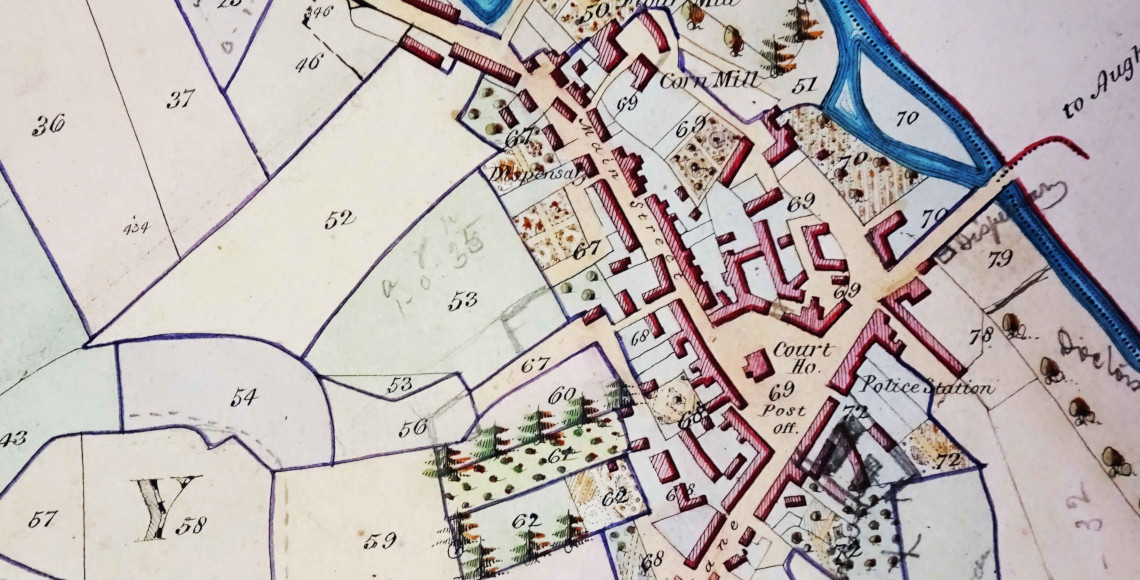 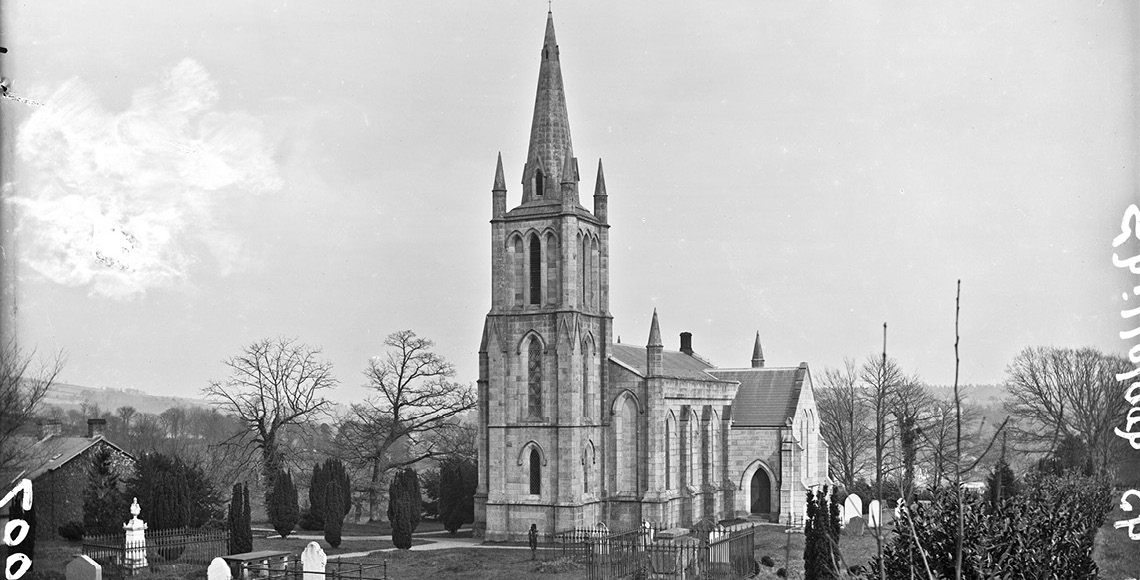 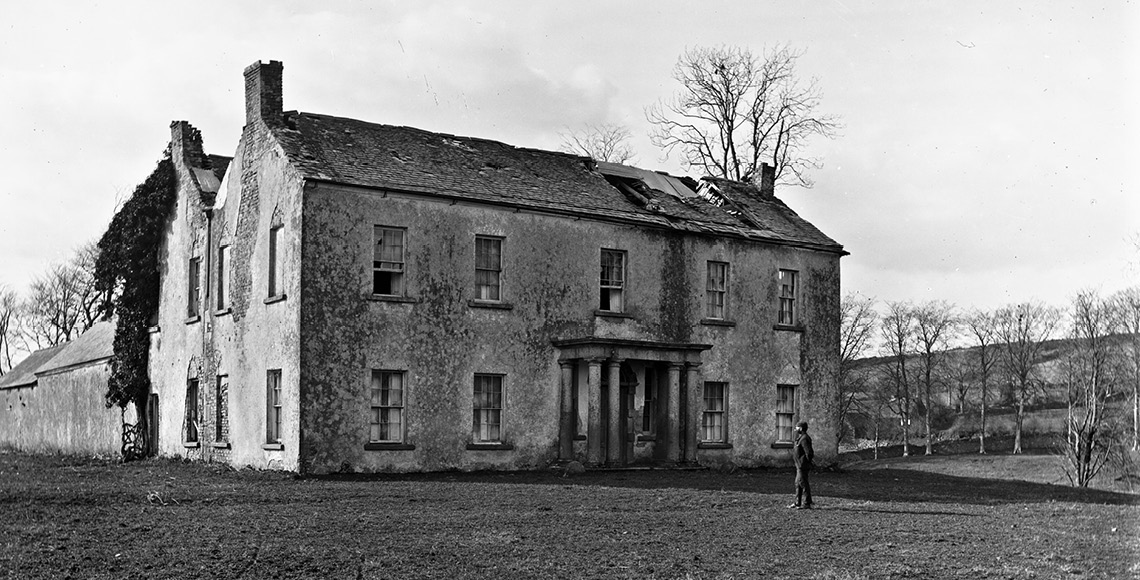 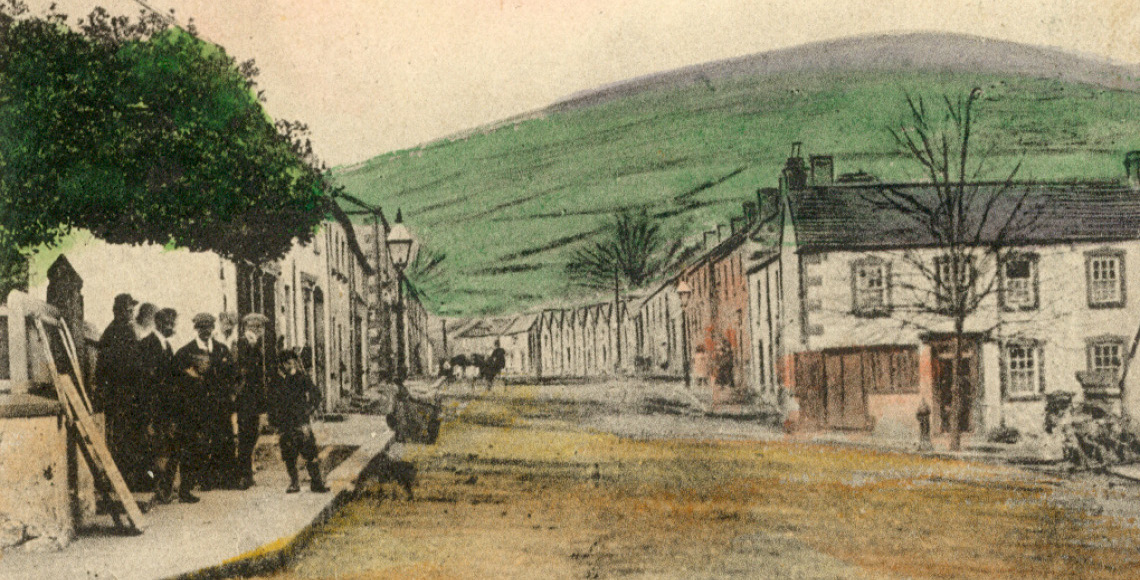 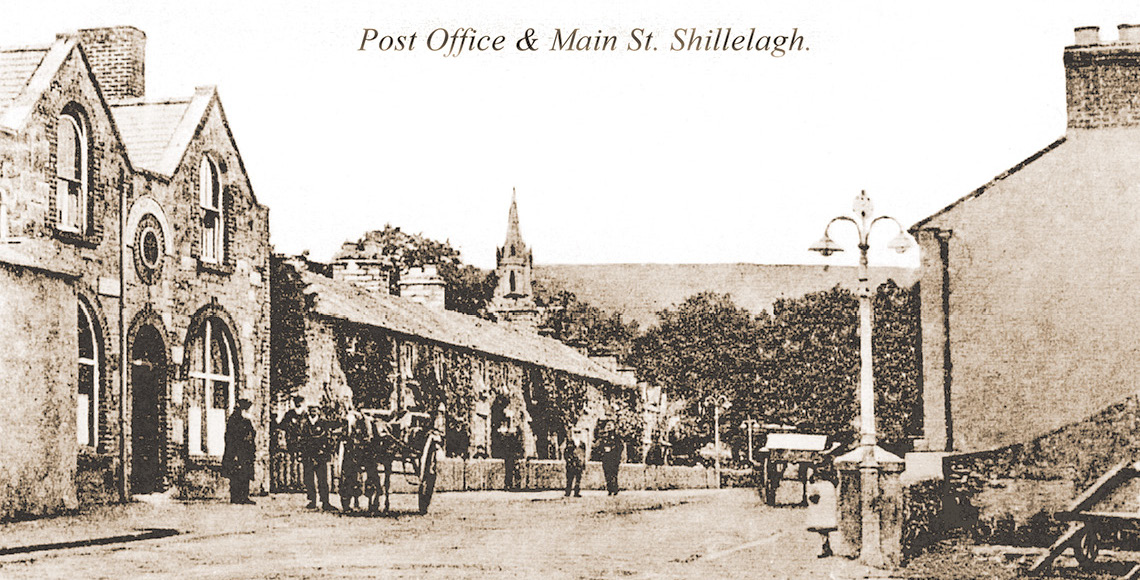 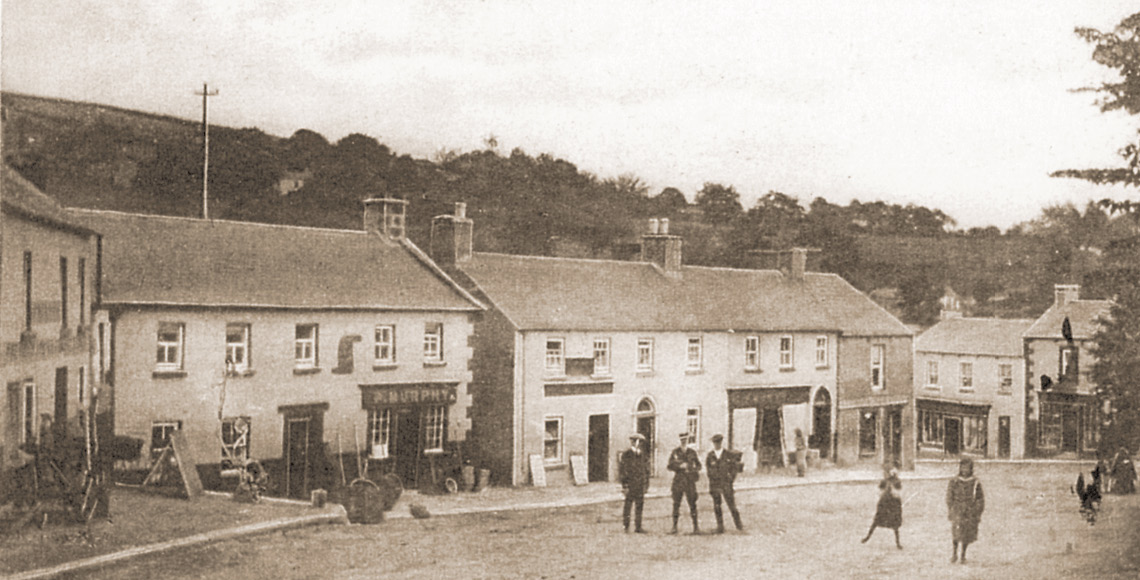 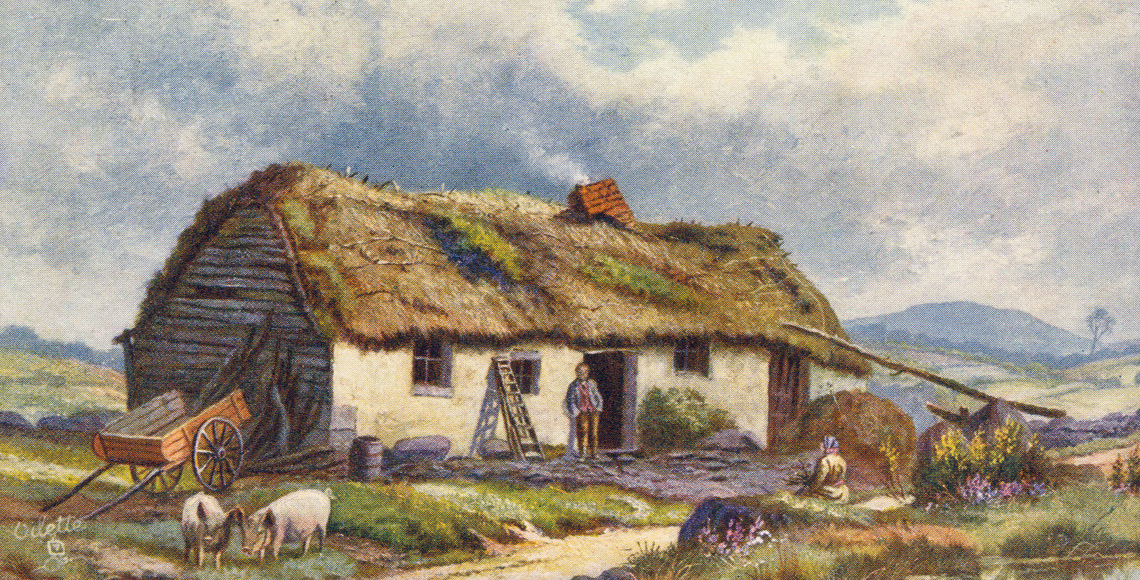 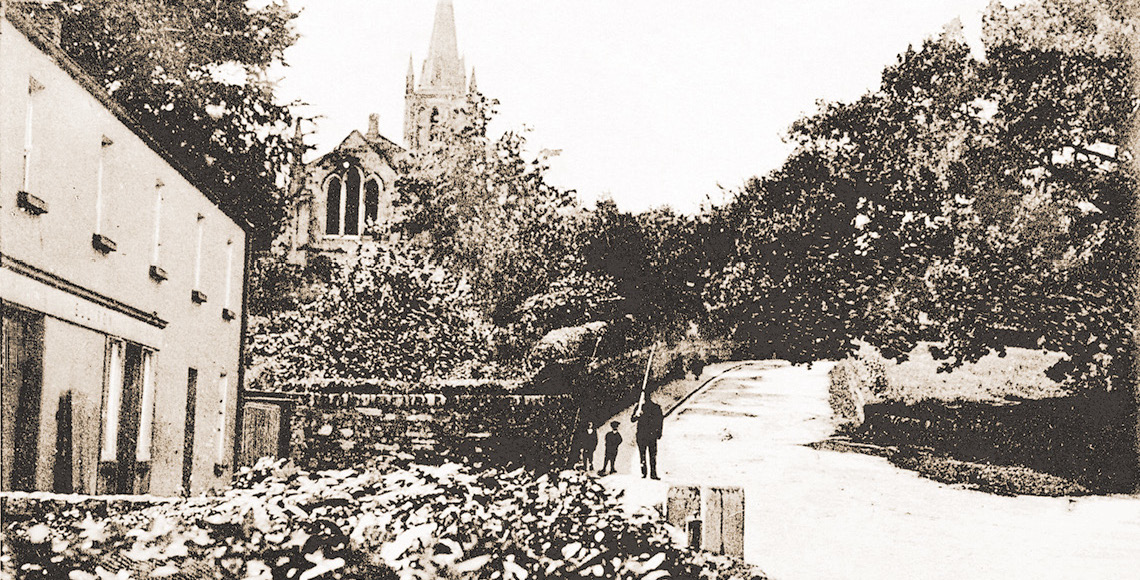 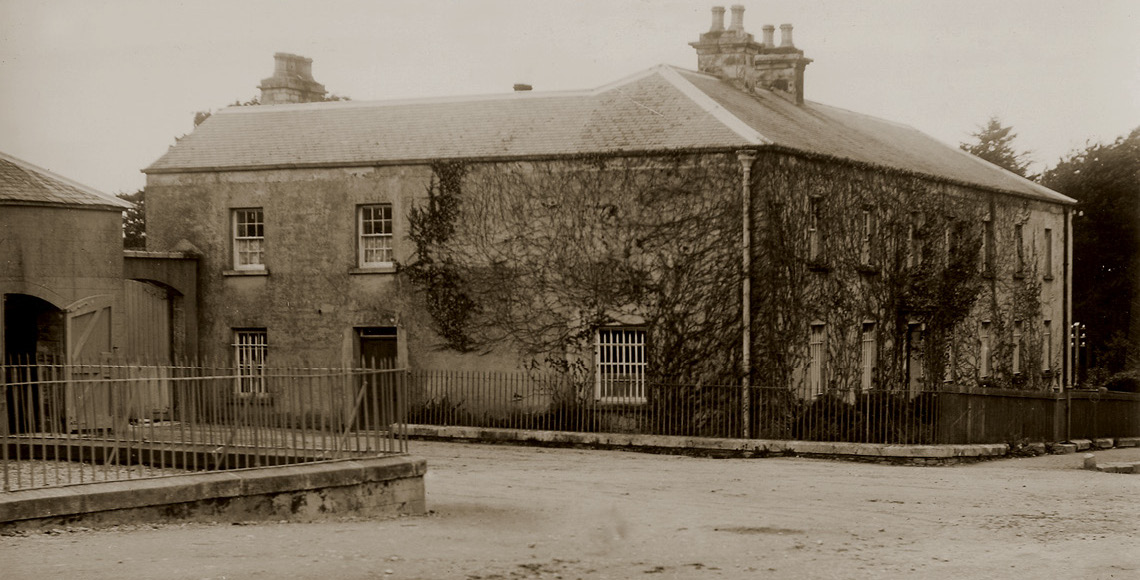 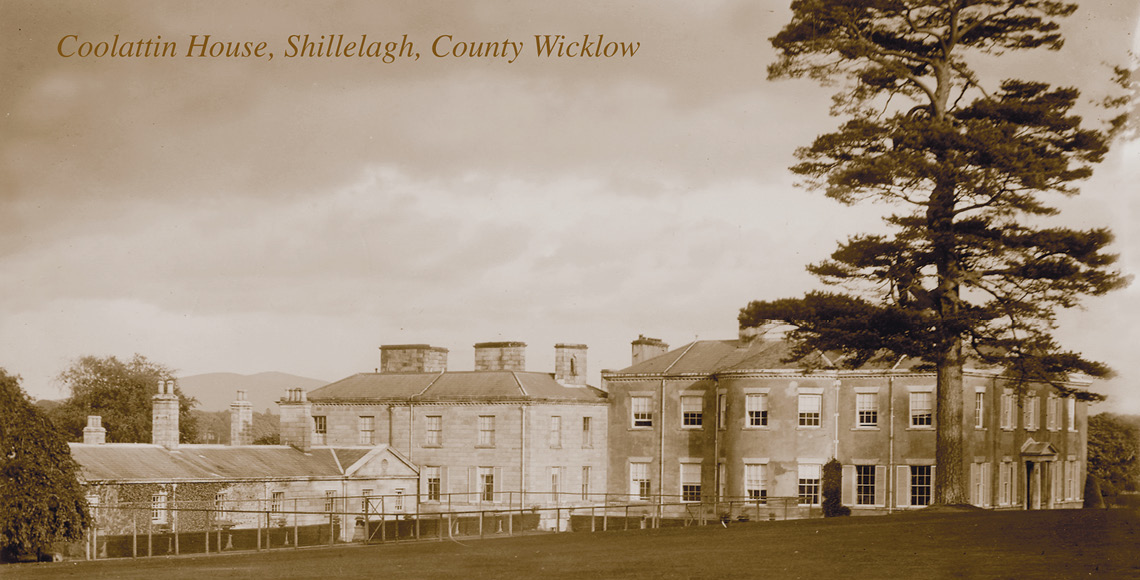 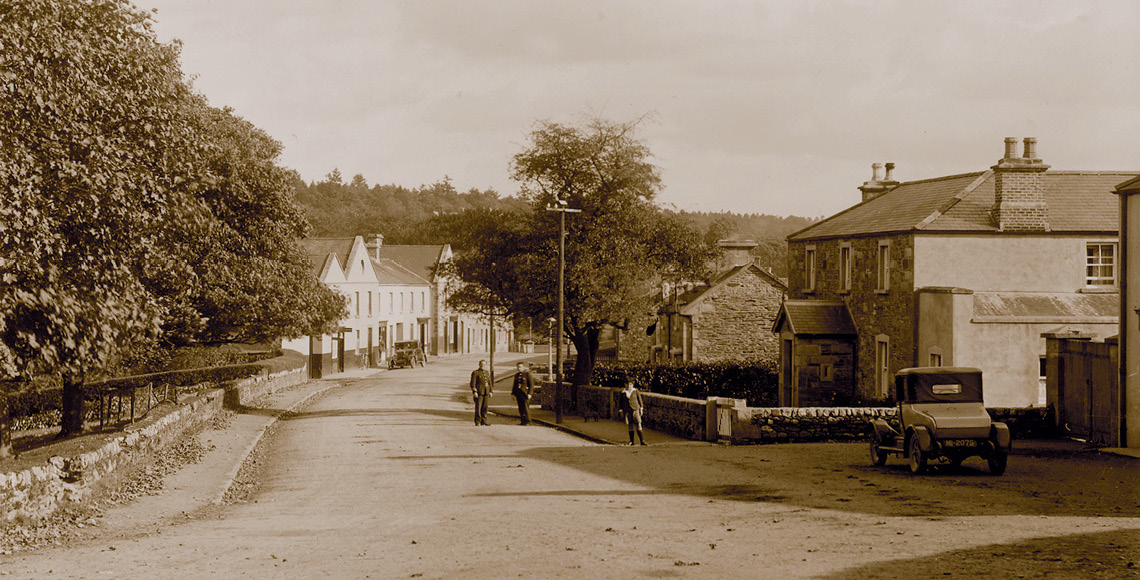 Coolattin Lives contains the tenant records for the Earl of Fitzwilliam’s estates in Co. Wicklow between 1841 and 1868. This period includes the Great Famine and the years of assisted migration that the Fitzwilliam estate put in place to encourage tenants to move to Canada, so it captures a moment of great change in the population – locally and nationally.

This project has been founded and supervised by The Courthouse Arts Centre, Tinahely in collaboration with Wicklow County Archives and Wicklow Tourism. The project coordinator has been Professor Ciaran Brady, Dept of History, TCD, (who is also a member of the Board of Directors of the Courthouse Arts Centre), and the research has been done by Dr Ciaran Wallace, Dept of History, TCD. We are indebted to the earlier pioneering research of Jim Rees and Ann Hanley.

We are especially grateful to His Excellency Ambassador Kevin Vickers, Embassy of Canada, for his patronage and support.

Introduction to The Courthouse Arts Centre

Opened in 1996, it was the first full-time professional arts centre in Co Wicklow, and one of the first in Ireland that was situated outside a major city. It remains almost unique in serving an entirely rural public.

The Arts Centre has delivered a vigorous and varied arts programme in the centre since 1996, including music, theatre, film, visual arts, and various workshops, to the south-Wicklow, north-Wexford and east-Carlow regions.

The Arts Centre has won many awards for its contributions to arts and heritage, including Wicklow People of the Year Award in the Arts and Entertainment category for 2008 and the National FAS Community Initiative Award for Heritage/Arts in 1996.


What will you find here?

The Coolattin estate office kept a variety of handwritten ledgers and printed maps recording its dealings with tenants in this period. These begin with lists of tenants which accompany maps of the estate in 1841-2. From 1845 to 1860 there is a ledger of tenants who fell behind in their rent. When the estate operated an assisted emigration scheme from 1847-1856 it recorded all those who applied to go to Canada. Finally, in 1868, we have a list of those families who remained as tenants of the Fitzwilliam family. These four sets of records are described in more detail below.

Very often, estate records list only the head of the family and the townland or district where they rented their land. Sometimes additional notes show if payments had been received, or suggest that the landlord had run out of patience. Even this basic information of name, location and date is useful. These facts can give you a starting point for searching in other resources such as parish or workhouse records.

In the early 1840s, before the Great Famine, the estate drew up a list of all tenants living in each townland or district within the estate. These were printed to accompany a set of estate maps. The tenant details have all been transcribed and included in Coolattin lives, allowing you to see the names of the tenants in each townland, how much land they held and who their landlord was. Sometimes they rented directly from Earl Fitzwilliam, but often the direct landlord was a neighbour (a Chief tenant) who rented a larger area of land, subletting smaller parcels to under-tenants.

This set of ledgers lists tenants who failed to pay their rent and were liable to be evicted. Not every tenant who received a ‘Notice to Quit’ was actually evicted, the Notice was often the first step in negotiations between landlord and tenant over the outstanding rent. Most tenants paid some or all of the amount due and the landlord’s agent left them alone until the next rent day. Tenants who were in serious arrears would be brought to court, usually described as the Sessions, at Tinahely Court House. Some paid up before appearing in court, others paid in response to a court order, and some were evicted for continued failure to pay.

Among the most detailed records are the Emigration Lists (1847-1856) containing the details of over 6,000 individuals, giving their name, age and relationship to other members of their household, the location where they lived, and a record of their departure from Ireland. These records also contain the name of the ship, date of sailing and usually the date and port of arrival in Canada. In many cases there are additional comments about the house or land they left behind, and about their accommodation on board ship. The initial transcription of the Emigration Lists was completed by Jim Rees, and Coolattin Lives is very grateful to him for allowing his work to be included in this new online resource.

These final sets of records show the tenants who remained on the estate after the period of the Great Famine and the years of assisted emigration. These volumes give the townland address, the name of the head of the household and his or her age and occupation. 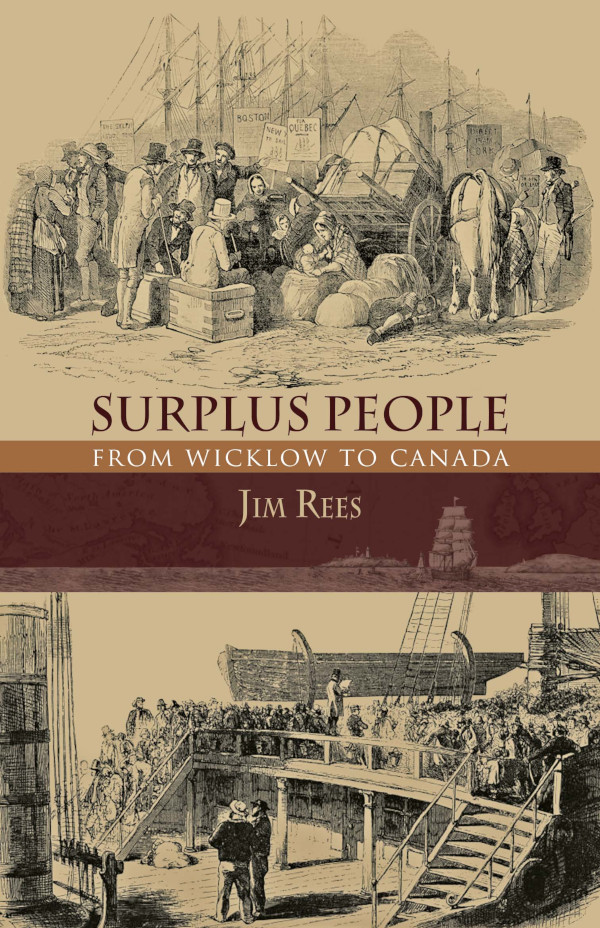 Surplus People: From Wicklow to Canada

Jim Rees, a Wicklow resident and historian with a History Masters Degree from NUI Maynooth, has had a lifelong passion for history and literature. He has written extensively and lectured widely on topics such as emigration and maritime history.

Click here to purchase his book Surplus People: From Wicklow to Canada via The Collins Press.